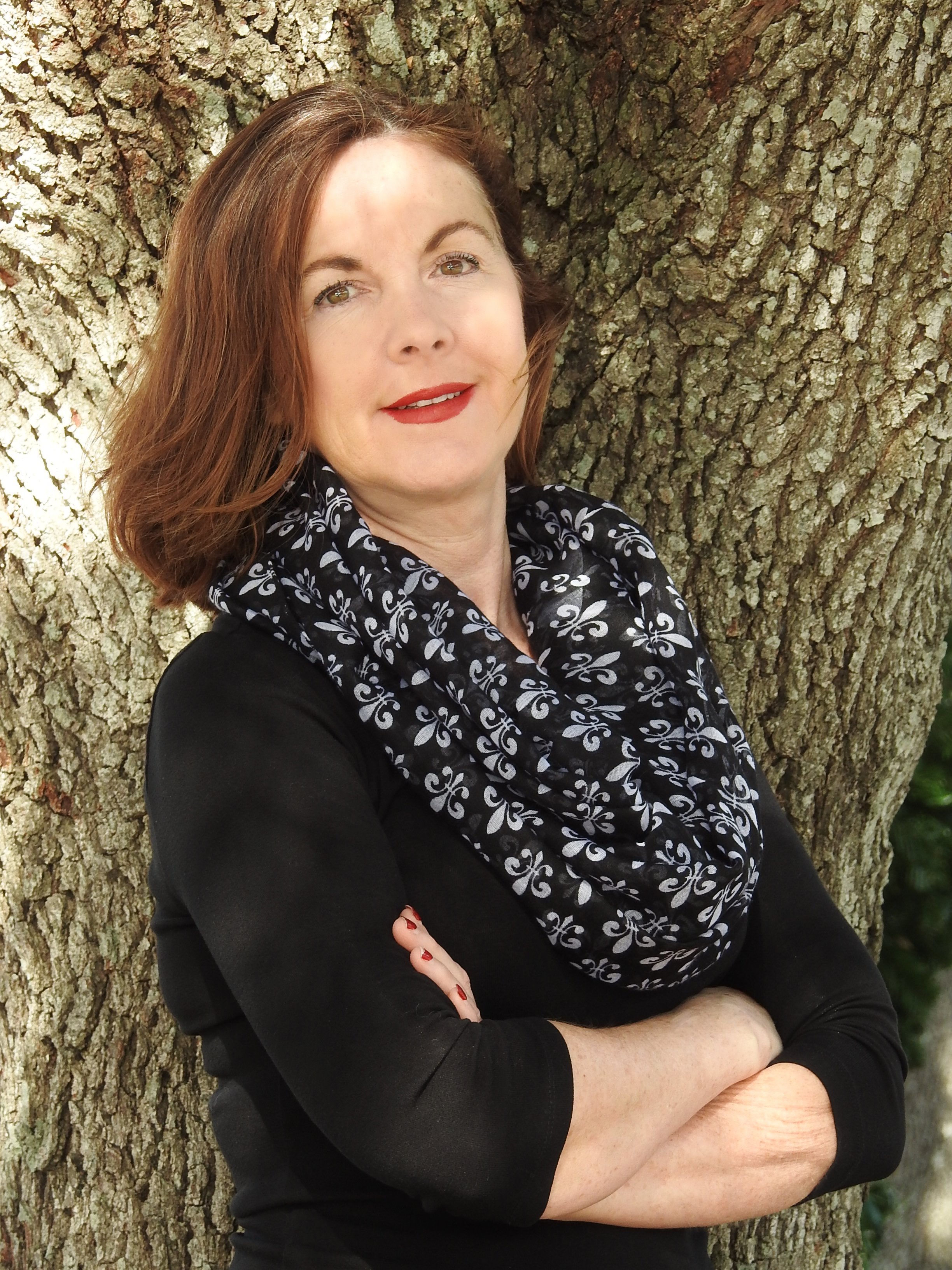 After marrying a Pensacola native, Katherine moved to Pensacola over two decades ago from New Orleans, where she grew up. Interested in poetry from a young age, Katherine got her first book of poems from a social worker steering Katherine away from juvenile hijinks, and Katherine has been hooked on the power of poetry since. Katherine took her first creative writing workshop while an undergraduate at the University of New Orleans, where she became the poetry editor at UNO’s student-run literary magazine. She later earned her MFA in poetry at Virginia Commonwealth University and her doctorate in English at Georgia State University, where she edited the GSU Review and wrote her dissertation on 1967 Pulitzer Prize winner Anne Sexton.

This spunky, enthusiastic, and energetic writer also carried over her love for poetry while working with the Early Learning Coalitions in Escambia and Santa Rosa County, where she co-wrote grants and conducted poetry workshops for Santa Rosa at-risk students, never forgetting how she got her first poetry book. Later, Katherine went on to teach for many years at Columbia Southern University before resigning in 2018 to commit herself to writing and editing. Katherine is an editor at K & K Writing Services with her partner and fellow writer, Ryn Holmes.

A former president, active with WFLF for over fifteen years, Katherine initiated the organization’s participation in the NEA’s 2008-2009 Big Read, writing the grant and choosing the novel, To Kill A Mockingbird. Coordinating with at-risk schools, NAS, the West Florida Public Library, and the Pensacola Little Theater, readings happened across Pensacola, and a live production of To Kill a Mockingbird was taken on the road and performed at the PLT.

Katherine also served as an editor for several volumes of The Emerald Coast Review, a biennial literary anthology published by the WFLF, including the recent Volume XX. This issue, for first time, brings together poems from all of the Poets Laureate from 1986 to the present, as well as the winners of the 2019 K-12 WFLF Student Poetry Contest. Short stories as well as poems by local authors feature in this twentieth publication, marking a period of over thirty years of consistent engagement with the literary community of the Gulf Coast.

Katherine has been published in a range of journals, including the Birmingham Poetry Review, the Emerald Coast Review, the Longleaf Pine, Maple Leaf Rag, and Penumbra. Katherine's poetry earned “Honorable Mention” at the 2015 Alabama Writers Conclave.  Her poetry also previously won the University of New Orleans/ Tennessee Williams Ellipsis award for poetry and placed twice among finalists in the Agnes Scott College Writer’s Festival.

In 2016, Finishing Line Press published Katherine’s first poetry chapbook, When Mockingbirds Sing. Her full length book of poems, Bone Geometry, is forthcoming. In addition, Katherine is developing a trilogy of young adult fiction set in New Orleans, and her debut novel’s introductory chapter won an award and was published by the Tallahassee Writers Association in the 2020 Seven Hills Review.

Katherine is a member of the Association of Writers and Writing Programs, the Authors Guild, the Women’s National Book Association, and WFLF.

Katherine will share poems from When Mockingbirds Sing and read an excerpt from her debut novel during Local Writers’ Night at the Fairhope Library, in Fairhope, AL, from 6 to 7 p.m. on October 15, 2020.